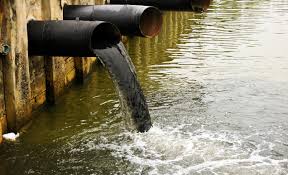 Almaty. July 12. KazTAG - 24-fold excess of  E. coli has been found in a popular reservoir in the East Kazakhstan region, reports YK-news.kz.
"In the East Kazakhstan region, 24-fold excess of norms on the content of bacteria of the intestinal bacillus was detected in water in the Blue Bay," reads the message.
It is reported that , a sewer pipe, which passes through the Blue Bay water area, burst on June 27.
The local residents ordered a paid microbiological study of water samples from the bay. There are beaches  of several recreation centers near the bay.
“It turned out that the waters of the bay contain a large number of bacteria of lacto-positive Escherichia coli. Detection of these microorganisms in food, water, soil, on the equipment indicates fecal contamination. The norm for reservoirs intended for swimming is a proportion of 1 thousand microorganisms per 1 liter of water. The sample from the waters of the Blue Bay contains 24 thousand bacteria, which is 24 times higher than the norm, ”reads the message.