Ablovas Zhumayev, recognized by EU as political prisoner to be released in 15 days 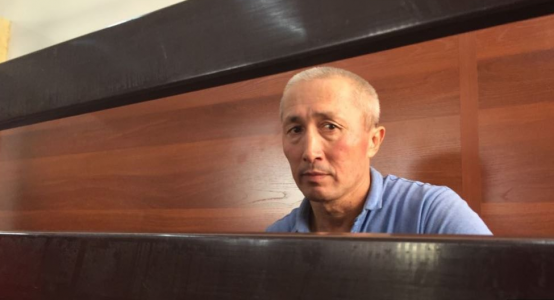 Almaty. July 12. KazTAG - A resident of Aktau Ablovas Zhumayev, recognized by the European Union as a political prisoner, will be released in 15 days.
“Ablovas Zhumayev will be  released,” said Aigul Akberdy, wife of Zhumayev and well-known Kazakh political activist from Aktau.
According to Radio Azattyq, the unserved part of the sentence of Zhumaev, who was sentenced three years imprisonment after participating in the Telegram-chat of the Democratic Choice of Kazakhstan Movement (DVK), has been changed into restriction of freedom. The court decision will take effect in 15 days.
In September 2018 he was convicted of inciting hatred and calls for the violent seizure of power, and was sentenced to three years in prison.
His wife Akberdy was also prosecuted - they tried to convict her on charges of calling for the violent seizure of power and an attempt to change the constitutional system by force.
The European Parliament adopted a resolution calling on the authorities of Kazakhstan to stop all forms of political repression in the country on March 14. The European Parliament also called for immediate release of “all activists and political prisoners currently in prison,” including Ablovas Zhumayev, Mukhtar Dzhakishev, Max Bokayev, Iskander Erimbetov, Aron Atabek, Sanat Bukenov, Mahambet Abzhan and Saken Tulbaev.