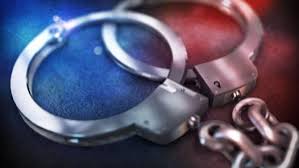 Almaty. February 25. KazTAG - Kuat Belgibayev, acting head of department of state revenues in the Pavlodar region, has been arrested for two months, reports pavlodarnews.kz.
"Specialized investigatory court of Pavlodar sanctioned two months arrest in respect of Kuat Belgibayev, acting head of state revenues department of the Pavlodar region. House arrest for two months has been sanctioned in respect of Zhangazin, head of department," said Marzhan Kurmangaliyeva, spokesperson of the regional court.
The suspect is charged under article 366, part 3, point 1 and 2 (bribe taking through extortion by a group of persons on preliminary conspiracy).
KazTAG with a reference to a source had reported that Belgibayev and Zhangazin were detained on February 22 by the central department of the national security committee. Both officials were charged getting $200 000 from a representative of Rosa JSC for settlement of the issue on bankruptcy and rehabilitation.