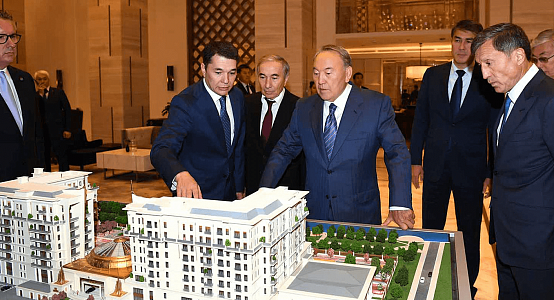 Almaty. January 20. KazTAG - The Center fore Study of Corruption and Organized Crime jointly with the Vlast.Kz and Kloop.kg named multibillion-dollar assets under the control of the first president of Kazakhstan, Nursultan Nazarbayev.

“The former president of Kazakhstan, who stayed silent during the January protests, controls billions of dollars of assets through a network of funds that report only to him. Among the property are: banks, hotels, TV channels and a plane worth $100 million,” reads the report.
Highlights from the investigation:
Kazakhstani media enthusiastically cover the good deeds of Nazarbayev's numerous charitable foundations.
But the funds also have another function: they manage billions of dollars of assets.
These are luxury hotels, banks, factories, warehouses and other assets worth at least eight billion dollars.
Formally, Nazarbayev does not own these riches, but he controls them as a founder of those foundations.
Lawyers say that it is Nazarbayev who makes the final decisions in connection with the activities of the funds - including the sale or transfer of assets.
The funds do not publish annual reports, and some assets are hidden behind non-transparent commercial structures abroad. It is not clear where these funds are located and what will happen to them in the face of political and social upheaval.