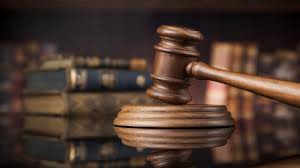 Almaty. February 11. KazTAG - Malik Kenzhaliyev , chairman of Aktau city court, has been dismissed by the resolution of disciplinary commission of judicial jury due to an offence, reports Lada.kz.
The commission has revealed that in the time of a cottage construction on the coast of the Caspian Sea M. Kenzhaliyev hired a working brigade (citizens of Uzbekistan) and agreed to pay them 3.6 mln tenge for the work. He paid half of the sum; he owed 1.8 mln tenge which he had not been paying for two years. The foreman repeatedly applied to M. Kenzhegaliyev on the phone and through an SMS asking to pay the left sum, but he was evading intimidating him with imprisonment," reads the publication.
Gulmarzhan Adilsultani has been appointed as an acting chairfigure of Aktau city court.