Classes cancelled at schools of Astana, Karaganda, Kostanay and two regions of Kazakhstan due to frosty weather 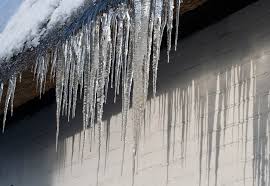