Danske Bank says may be investigated again in France 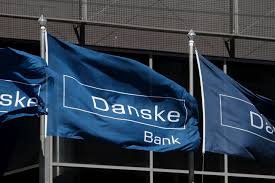 Almaty. January 14. KazTAG - Danske Bank (DANSKE.CO), which is embroiled in a major money laundering case linked to its Estonian branch, may come under formal investigation for a second time in France, it said on Friday, reports Reuters.
Danske Bank is already under investigation by authorities in Denmark, Estonia, Britain and the United States over suspicious payments totaling 200 billion euros ($229 billion) made through its Estonian branch between 2007 and 2015.
Bill Browder, founder and CEO of investment fund Hermitage Capital Management, told reporters on Thursday he had asked French authorities to investigate Danske over alleged money laundering, rather than treating it as a witness. [nL8N1ZA5S2}
Following media coverage of Browder’s press meeting the bank issued an update on the French investigation on Friday.
The bank has this month received a letter from an investigating judge of the French Tribunal de Grande Instance de Paris court summoning it to an interview, stating that the judge envisages placing it under formal investigation, Danske said.
“As a result, Danske Bank may again become subject to formal investigation instead of being an assisted witness,” it said.
The investigation is into alleged organized laundering of the proceeds of tax evasion and includes transactions worth around 28 million euros ($32 million) between 2007 and 2014, Danske Bank said.
The bank was charged with violating French anti-money laundering legislation in October 2017, but its status was changed to that of “assisted witness” in January 2018.