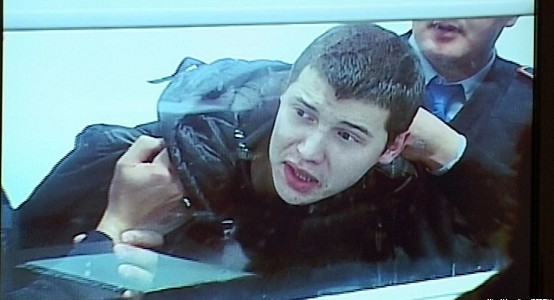 Astana. January 22. KazTAG - Gulmira Shaldykova, defense lawyer, has asked to cancel life term sentence for Vladislav Chelah.
"While considering the criminal case the rights were violated. Thus, he asked to oblige the criminal prosecution body to provide legal defense to Vladislav Chelah. To give time to his defense lawyers to learn the files which consist of over 60 volumes, and to provide sufficient time. I also ask to pay 30 mln tenge compensation to Chelah for his rights violation. The appeal was signed by Chelah and sent to the court,” said G. Shaldykova at the court's hearing.
In her words, the reason for the case reconsideration was the UN resolution which was considered in November 2017.
The lawyer reminded Chelah had applied to the General Prosecutor's Office and the Supreme Court asking to cancel the verdict of the inter-district specialized military court dated December 11 2012 which sentenced him life imprisonment.
In turn, Marat Nurmukhamedov, prosecutor, said the legal acts in respect of Chelah are legal and justified.
"The psychological and forensic examination has excluded any pressure on Chelah when he testified about the events at the Arkankergen checkpoint on May 28, 2012. In the current petition, Chelah does not provide arguments about his innocence, but refers only to the decision of the above-mentioned UN Committee. According to the law, the decision of the UN Human Rights Committee on Criminal Cases cannot be an unconditional basis for repealing judicial acts that have entered into legal force. In view of the foregoing, the cassation petition of Vladislav Chelah should be left without satisfaction," he said.