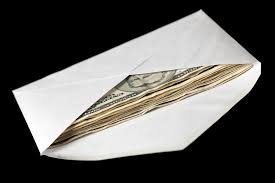 Almaty. March 15. KazTAG - Islambek Abishev, dismissed from the duty of head of water resources committee is suspected of getting 60 mln tenge bribe, reports Vremya newspaper.
"If not his huge bribe, he would peacefully retire in several months. According to the files, he got  60 mln tenge of bribe from the tender on reconstruction of Sokolovsky group water pipe and construction of networks in the rural areas with connection to water supply," reads the message.
The works were planned in Kyzylzhar district of the North Kazakhstan region, the lot's value made almost 6 bn tenge.
"It is not hard to calculate that 60 mln tenge is just 1% of the volume of the tender. He did not take the money directly. First 1.5 mln tenge was handed to Serik Tukeyev, vice president of the World Federation Kazakh Kuresi. In fact, Abishev heads this public organization. In February Tukeyev got 8.5 mln tenge, the total sum transferred through the federation made 10 mln tenge," reads the message.
The left sum- 50 bn tenge, was transferred to the brother of Islam Abishev, businessman from the Turkestan region.