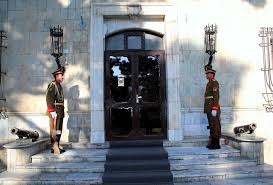 Almaty. January 18. KazTAG - Presidential palace Arg in Kabul caught fire on Wednesday night, reports AfTAG with a reference to Garun Chakhansuri, spokesman of the president of Afghanistan.
The north-western part of the palace complex caught fire which is a part of historical heritage of the state. Two storey building built in last century in the time of ruling of Mohammed Zahir-Shah, last king of Afghanistan, was damaged.
The building had cabinets of the head of administration and secretariat, room for sessions of ministries, negotiations rooms, lunch rooms and reception hall, as well as service cabinets.
According to the spokesman, due to duly response no serious damage was caused.