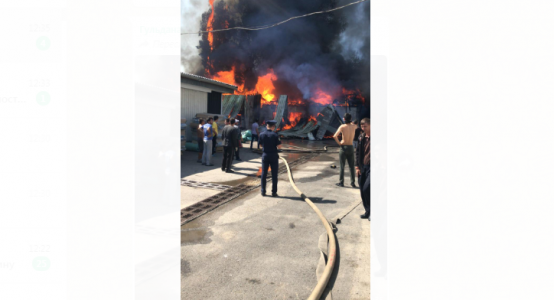 Almaty. September 17. KazTAG - A furniture manufacture has caught fire in the Zhetisu district of Almaty, reports the department of emergency situations
"The message about the fire was reported at 11.57 on September 17. The firefighters arrived to the scene located at Ratushniy str. 84A where a furniture manufacture was blazing with a threat of fire spread to the nearby plant. 20 items of technique and 60 representatives of personnel arrived to the scene," said the report.
The area has been sealed by police.