GDP growth in Kazakhstan made 3.5% in January-February - PM 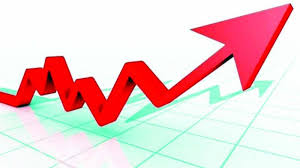 Astana. March 12. KazTAG - GDP growth in Kazakhstan made 3.5% in January-February 2019, said Askar Mamin, Prime Minister of Kazakhstan.
"In general GDP growth within two months amounted to 3.5%, there has been positive growth dynamics in the mining industry, mechanical engineering, chemical industry," he said at the session of the Government.
Ruslan Dalenov, Minister of National Economy, said GDP dynamics accelerated, inflation has been within the corridor, investments growth resumed, international reserves have been stable.
"GDP growth accelerated to 3.5%. In January it was 2.9%. Such dynamics was provided by growth of goods production and service sector," he said
Inflation level has been within the planned corridor, since the beginning of the year it made 0.8%, in annual terms- 4.8%.
"Investments dynamics has changed. We saw decrease last month, in the reported period their growth made 4.2%. The growth is connected with acquisition of vehicles and equipment, construction of compressor station at Beineu-Bozoy-Shymkent pipeline," he said.
The international reserves of the state made $88.8 bn as of February 1, including gold and currency reserves - $30.6 bn, assets of the National Fund- $58.2 bn.
Industrial growth made 2.7% in January-February.