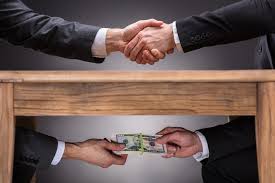 Astana. July 4. KazTAG - The chairman of the Science Fund is suspected of getting $500 from a university provost for patronage, said Arman Berdalin, official representative of the anti-corruption service.
"The agency for corruption combat has revealed a fact of bribery by a chairman of the Fund of Science. He is suspected of getting $5 000 bribe from a provost of one university for approval of scientific projects financing and general patronage," said Berdalin.
In his words, the suspect has not been arrested as he confessed and agreed to cooperate with investigation.

Rapid depletion of natural deposits observed in Kazakhstan Police seized journalist covering detention of protestors in Uralsk Why we? We are also shocked!