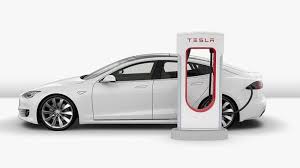 Almaty. June 5. KazTAG - American engineer and businessman Ilon Mask announced the opening of Tesla charging stations in Kazakhstan in 2019, the agency reports.
“Tesla charging stations and service centers will be opened in Kazakhstan in 2019” - Ilon Musk said on Wednesday, answering a question from a Kazakhstani citizen on Twitter.
Tesla is an American company producing electric vehicles and solutions for the storage of electric energy. The company was founded in 2003. As for the end of 2018, the automaker’s assets of the company amounted to $30 billion.