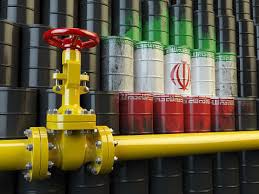 Almaty. May 24 KazTAG - India has stopped importing Iranian oil due to US anti-Iran sanctions, reports Moneycontrol.com.
“According to Indian Ambassador to the US Harsh Vardhan Sringla, in April, India has bought only 1 million tons of Iranian oil, when Washington stepped up its campaign of pressure on Tehran and canceled temporary import permits for several countries. India has stopped all oil imports from Iran, becoming the last country to announce its intention to comply with US sanctions,” - the report says.
In addition, Shringla reported that India also stopped all imports from Venezuela, because it considers itself a partner of the United States.
According to Sringla, Iran is a close neighbor of India, with long-standing cultural ties, but he refused to say whether Delhi shares President Donald Trump’s concern about Tehran.