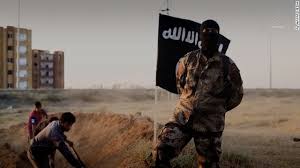 Almaty. April 19 KazTAG - ISIS is expanding its networks in Central Asia, reports the UN press-service.
ISIS is attempting to expand its activity in Central Asia and calls its followers to organize terror attacks in the public places, mainly in the Fergana valley," said Yuriy Fedotov, executive director of the UN department on drugs and criminality.
He said the international terrorism is a serious threat to the international world and security adding that "none of the states are secure from this threat".
"We can see that combat with terrorism has resulted in military defeat of ISIS in Syria and Iraq. The nature of the threat has been constantly changing, while the problems remain. Foreign fighters return home. Some ISIS terrorists joined other groups or create new ones. Many fighters moved to Afghanistan. Afghan ISIS group is a serious destabilizing factor," said the head of UN department.
He said the situation in security branch is hardened by interaction between terrorism and transnational organized criminality.
"Terrorists get profit from human and drugs trafficking. Transnational threats need coordinated multilateral response measures," said the UN representative.