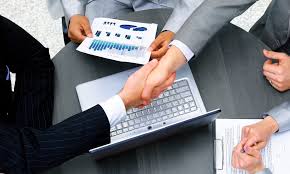 Almaty. January 14. KazTAG-  Kazakhtelecom is holding a consulting tender to 700 mln tenge for pre-chosen player, said Aida Jackson, member of special monitoring group.
"Kazakhtelecom is holding a tender for development of a new strategy valued 700 mln tenge for 150 days. As a member of a monitoring group I had to check the information. I found technical specification on Samruk-Kazyna site. It turned out that the tender will take place on January 18. I carefully learnt the technical specification and I can say that the tender is likely to be won by the Russian office of the Boston Consulting Group. Why? Because the technical specification almost reads directly that it is BCG. The tender has been planned, for sure," she wrote in Facebook.
Further she listed the specification requirements.
"8000 employees are needed throughout the world. Why? Are there many companies in Kazakhstan where 8000 employees work? Hardly. The strategy will be based under the specification requirements "at least eight employees with the experience of digital media introduction and telecommunications in Europe, Japan, the US and CIS. BCG site indicates it has over 16 000 employees throughout the world," said the SMG members.
The specifications require availability of offices in Kazakhstan and Russia, where at least 12 partners work.
"Why in Russia and why 12? The Russian office of BCG has 20 partners - so it complies with it. It writes, " the potential supplier must have 5 years experience of successful development and support of implementation of strategies and big projects on strategic consulting for telecommunication operators in Kazakhstan, and also in Russia and in the world". There are five operators in Kazakhstan, four of them is represented by Kazakhtelecom. BCG has been cooperating with Kazakhetlecom for a long time," she writes.
Later she wrote, "the post about Kazakhtelecom tender rapidly reached its management".
"They wrote me they would sort it out and reply soon. They said to me that there are 8000 employees in the tender for Kazakhtelecom strategy (while at least eight people will work), besides BCG the international companies McKinsey, BCG, PWC, EY, Bain match. I proposed to write them on the behalf of our SMG member whose member I am, to Samruk Kazyna and Kazakhtelecom, wondering how much these criteria are legal.  They supported me, we will send the letters tomorrow. They will be available in public access. We will be waiting for the official reply," she resumed.