Kazakhstan ratified agreement with Vietnam on aid on criminal cases 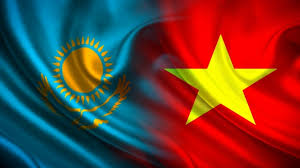 Astana. March 28. KazTAG - The Senate of Kazakhstan has ratified the agreement with Vietnam on mutual legal aid on criminal cases.
"The agreement regulates the question of provision of legal aid on criminal cases and provides investigation to prove the guilt of the charged individuals. In general it is a standard agreement. It provides transfer of documents, items, withdrawal and confiscation of property obtained in a criminal way," said Andrey Lukin, deputy prosecutor general.
He said cooperation with Vietnam has been developing in quite a fast pace.
"It is one of attractive states in the South East Asia first of all from the economic points of view. The trade turnover last year amounted to over $500 mln," he said.
In his words, similar agreements have been concluded with 27 states. They are planned to be concluded with Cuba, Greece and Macedonia.