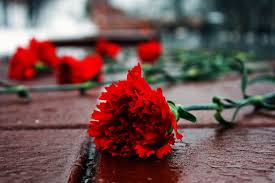 Almaty May 31. KazTAG - Kazakhstan marks the Day of Remembrance of the Victims of Political Repression, the agency reports.
In all regions of the country, including major cities are held events to honor the memory of those who were victims of the totalitarian power of the USSR in the 30s and 40s of the 20th century.
According to various estimates, only during the so-called first wave of repression in Kazakhstan more than 100 000 people were convicted for political reasons, about 25 000 of whom were shot.
During the years of repression, more than 5 million people were deported to Kazakhstan from other regions of the Soviet Union on an ethnic basis, including hundreds of thousands of Germans, residents of the Caucasus, tens of thousands of Korean families, thousands of Pontian Greeks, Crimean Tatars.
A sensible blow to Kazakhstan were mass persecutions of representatives of the Kazakh intelligentsia, most of whom were shot.