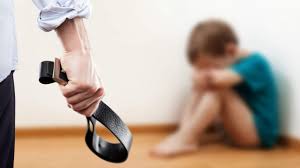 Almaty. May 8. KazTAG – A kindergarten teacher beating 2 years old child has been fined in Almaty, reports Astana TV channel.
"Gulzhan Akimbayeva charged under p.2 art.140 has been adjudged guilty and fiend 60 MCI," said Ardak Yesheyev, chairman of specialized interdistrict court on teenagers' affairs of Almaty.
The court took into account her repentances.
"Gulzhan Akimbayeva fully admitted her fault and repented. She said she had hard family situation on May 2- her father got sick, he had a stroke, she was depressed, and then experienced a stroke too," said Albina Bakhtiyarkyzy, lawyer.
Gulzhan Akimbayeva will also pay moral damages to the affected side in the sum of 100 000 tenge for payment of a psychologist’s services.
As it was reported, a video with a kindergarten teacher beating children appeared in the social networks on May 3.
1 MCI = 2525 tenge.

Rapid depletion of natural deposits observed in Kazakhstan The coronavirus may have leaked from a lab Why we? We are also shocked!