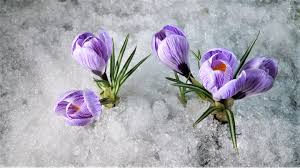 Astana. February 26. KazTAG - Meteorologists forecast coming of the spring processes on the nearest three days in Kazakhstan, reports Kazhydromet.
"Air temperature has been 5-12 degrees higher than the climate norm throughout the state, snow has melted in the south and south-west, cyclones and anti-cyclones replace each other so quickly that meteorologists have no time to trace them. They rapid interchange is a sign of coming spring processes," reads the report.
On the next three days, cold polar and arctic fronts will be swept in great speed, followed by an anticyclone, in the rear of which new fronts from the European part of Russia are forecasted in the western regions.
“Therefore, precipitations, rains and wet snow will change rapidly with the weather without precipitation, while the air temperature will remain abnormally high,” reads the forecast.

Only pharmacies and food stores will work in Almaty 120 mln tons of coal to be produced in Kazakhstan in 2020 Why we? We are also shocked!