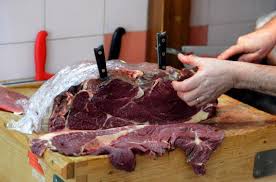 Astana. May 26. KazTAG - The Ministry of Agriculture of Kazakhstan denies delivery of infected horse meat from Kyrgyzstan to Nur-Sultan and Almaty.
"Fake information appeared in the social networks and messengers showing dying horses of the unknown virus in Kyrgyzstan and sale of meat of infected animals on the markets of Almaty and Nur-Sultan," reads the report.
A video had appeared in the social network showing a video of a dying horse with the comments of an author saying the animal had contracted an unknown virus.
"The official site of the state inspection on veterinary and phytosanitary security of Kyrgyzstan said: "no mass infection of horses has been revealed". The horse shown on the video died of poisoning and clusters of bugs in the stomach. In fact, no meat or meat products have been imported from Kyrgyzstan since the beginning of the year, thus, people have no ground for concern," said the Ministry.