No plan to construct fourth refinery in Kazakhstan- Bozumbayev 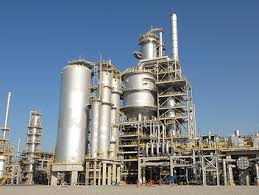 Astana. December 26. KazTAG - The fourth refinery won't be constructed in Kazakhstan, said Kanat Bozumbayev, Minister of Energy.
"The fourth refinery won't be constructed as for now. That's it. Why? Because KazMunayGas attracted two world companies under the guidance of the work group of the Ministry of Energy, and they reported that due to modernization (of operating refineries-KazTAG), we will have a good lag until 2026-2027," he said at the briefing.
As for the capacities, he said, they are sufficient even for a longer term.
"If we gasify the communal transport and other types of transport, we will save from 400 to 500 thousand tons of diesel fuel, and until 2030 we will not see any needs for interior market," he said.
He added the decision will also depend on the level of oil products consumption in the state and on the condition of economy in general.
"Everything depends on growth rates of the economy. We will be monitoring it taking in account a certain level of consumption, as soon as we see 10.5 mln tons of main oil products consumption, we will have to take the decision on the refinery construction, and at least 5 years will be needed for this. There is no decision of the Government for the fourth refinery construction in the nearest years," he said.