Number of small industrial zones increased to six in Almaty 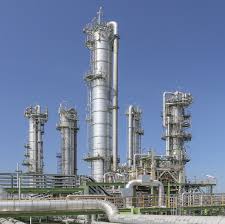 Almaty. February 21. KazTAG - The number of small industrial zones has increased to six in Almaty, said Bakytzhan Sagintayev, akim of Almaty.
"We are creating new small industrial zones now. We have six sites now, four of them are located in the Nauryzbay district," said Sagintayev at the forum Women in Business.
In his words, "there are many sites with old premises in Almaty, they pretend to do business, but in reality, are staying idle”.
He proposed the owners of such sites to establish small industrial zones there.
"We said that we would allocate funding, it is better to earn money on them rather than keeping them idle," he said.
"Companies are establishing food or light industries. From 10 to 20 additional companies join these zones. Each of them has its industry, equipment. The city offers funding, loans under 2% rate," he said.

27 block-posts will be installed for the time of quarantine on entries in Almaty More than 30 citizens of Kazakhstan returned home from Saudi Arabia Why we? We are also shocked!