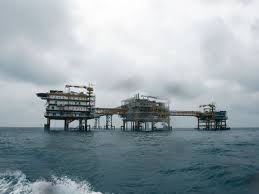 Almaty May 23. KazTAG - Oil prices may rise as the Persian Gulf becomes a “danger zone” for tankers, reports OilPrice.com.
“Strenthend tensions in the Middle East and security risks on key water routes around the Arabian Peninsula forced the major marine insurance companies to expand the list of high-risk areas around the Gulf. The higher supposed risk of oil shipments can lead to higher insurance costs for tens of millions barrels of oil per day which pass through the main oil trading routes in the region, and may affect the establishment of higher crude oil prices,” - the publication says.
It's also noted that after the recent incidents happened on the coast of the United Arab Emirates and drone attacks on a key oil pipeline in Saudi Arabia, the Joint Military Committee of the Lloyds Market Association added Oman, the UAE, the Persian Gulf and adjacent waters, including Oman Bay to the list of zones with increased risk.
It is reported that the current expanded list of high-risk areas is the largest since the war in Iraq in 2005.
According to the publication, each insurance company will independently identify the cost of it's service based on the level of the risk.