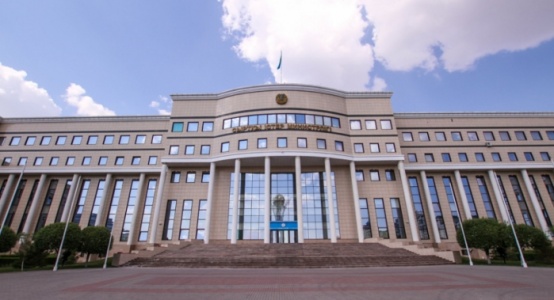 Astana. January 10. KazTAG - The process of return of Kazakhstani women and children to Kazakhstan has not been completed yet, said Aibek Smadyarov, official representative of the Foreign Ministry of Kazakhstan.
"Kazakhstani citizens voluntarily surrendered to so called "Syrian democratic forces" on the territory of Syria, then with the efforts of our special forces and military men transiting the third states they were evacuated to Kazakhstan. The process of return of Kazakhstani women and children to the motherland has not been completed yet, in the aims of security the details of discovery and evacuation of this group have not been made public," he said.
In his words, the women and children were accommodated in a special adaptation center in the Mangistau region.
"They are undergoing medical examination. The quarantine will last for about a month. For this period they agreed to restrict their movement and contacts, including with relatives. Psychologists, theologists and teachers will be additionally working with them, they will be assisted in reissuance of the lost documents," he said.
"The operation is humanitarian. The people decided to return to the motherland, some of them were ready to carry criminal punishment. Some of them asked their relatives, mass media to help them to return, who, in turn, applied to the state bodies. We should also remember about Kazakhstani children who are in the zone of military conflict in Syria not for their will," he resumed.