Quarantine extended in Taldykorgan and two districts of Almaty region 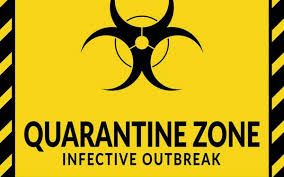 Taldykorgan. May 26.KazTAG - Quarantine has been extended in Taldykorgan and two districts in the Almaty region.
"Extend the quarantine in the Almaty region. Impose gradual alleviation of quarantine on the territory of the Almaty region, except for the districts and cities in the regions where the growth rate has been more than 7% lately, such as Taldykorgan - 27%, the Talgar district - 7.5%, Kegen district - 8.5%. Regime and term of quarantine can be updated if the epidemiological situation changes," said the report.
"The authorities must ensure operation of roadblocks on the state border, on the border with neighbouring regions, around the cities of Almaty and Taldykorgan, Talgar and Kegen regions controlled by the police, military personnel, medical workers for contactless thermometry," reads the statement