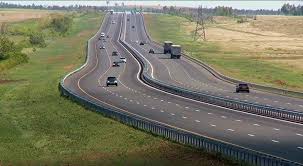 Astana. May 22. KazTAG - Republican highway Aktobe – Atyrau – border of the Russian Federation to Astrakhan will be extended up to nine meters, informs the press service of JSC "NC KazAvtoZhol".
“Today underway the reconstruction sections of Aktobe – Atyrau – Russia border road to the Astrakhan, that is 319 km long. This highway is an international corridor connecting Central Asia with Europe, as well as the “gateway” to the Russian Federation. After the reconstruction, the road will be transferred from the third technical category to the second, with the widening of the carriageway up to nine meters and with an estimated speed of movement up to 120 km / hour,” - the message says on Wednesday.
The national company assured that the reconstruction of the international transit corridor will increase the transit flow and trade between Kazakhstan, China, Russia and Western Europe, as well as improve the conditions of road for transport for local population and local entrepreneurship.