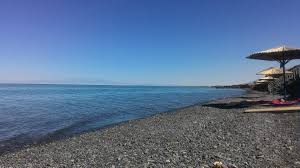 Ust-Kamenogorsk. September 13. KazTAG - The businessmen from Alakol coast in the East Kazakhstan region understate their revenues by more than seven times, said Marat Kabakov, head of tourism department and external ties of the East Kazakhstan region.
"According to our estimates, the funds turnover of businessmen working on the coast of the Alakol lake is over 11 billion tenge, according to the reports, businessmen earn 1.5 billion tenge from tourists. Understatement of financial reports is more than seven times! Hiding their true income, businessmen save on taxes, ” Kabakov said.
In his words, according to official statistics, in 2018, not more than 120 thousand  tourists were registered  on the Alakol coast only from the East Kazakhstan region.
“In fact, there were 500-600 thousand people. Businessmen tend to hide their true income. Tax fees from Alakol in 2017 amounted to 35 million tenge, in 2018 after working with businessmen they amounted to only 67 million tenge," he said.
At the same time, in the past two years, 5.2 billion tenge of state funds were invested in the improvement of the Alakol coast, 250 million tenge were additionally allocated in 2019.