Suspect of funds embezzlement in BTA Bank extradited from Uzbekistan 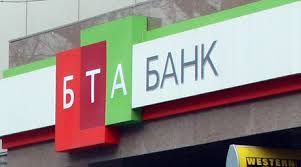 Astana. January 29. KazTAG - Suspect of funds embezzlement from BTA Bank has been extradited from Uzbekistan, reports the General Prosecutor's Office of Kazakhstan.
"The General Prosecutor's Office and the National Bureau for Corruption Combat of Uzbekistan extradited Artur Trophimov from Uzbekistan for further attraction to criminal responsibility. He is suspected of involvement of funds embezzlement on a large scale from BTA Bank in 2005-2009, their laundering and creation of an organized criminal group," reads the message.
As it was reported, the specialized court on criminal cases of Almaty sentenced Mukhtar Ablyazov, ex head of BTA Bank, 20 years imprisonment in absentia and 300 MCI fine, he was also deprived of the right to work in bank organizations, with confiscation of property- a house in Almaty, Nissan car, and personal accounts in BTA Bank.
The total sum of the damage is over $7.5 bn.