The missing Malaysia Airlines jet could be in Kazakhstan 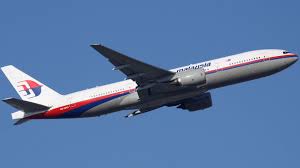 Almaty. January 3. KazTAG - When MH370 disappeared on March 8 2014, investigators concluded that the most likely fate of the aeroplane was that it crashed into the Indian Ocean, but the data on this was not 100 percent conclusive, reports Daily Express.
The Malaysia Airlines plane disappeared whilst flying from Kuala Lumpur to Beijing carrying 239 people and the mystery is yet to be solved. The investigators’ conclusion that the Indian Ocean is the most likely location of the jet was based on pingring data from the British satellite telecommunications company Inmarsat. The data revealed the known distance between a specific satellite that stayed in position above a point on earth and the aeroplane.
Knowing the distance from the satellite meant that MH370 must be located at some point along two arcs, depending on whether it flew north or south from its last known position.
The north arc stretched approximately from the border of Kazakhstan and Turkmenistan to northern Thailand.
The southern corridor stretched approximately from Indonesia to the southern Indian Ocean.
Personnel at Inmarsat calculated that if the plane had been flying straight at typical airliner speeds then it most likely wound up in one of two locations.