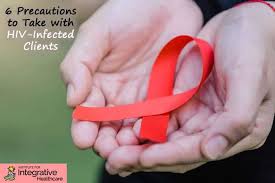 Almaty June 4. KazTAG - According to UN Secretary General Antonio Guterres, the number of people infected with HIV in Central Asia has increased by 30% since 2010, the press service of the organization reports.
“In Eastern Europe and Central Asia, the number of new HIV infections has increased by 30% since 2010, while in the Middle East and North Africa, the death rate from AIDS-related diseases increased by 11%  over the same period. The problems that prevent the eradication of AIDS are many, and they vary from country to country. But the main reason for this state of affairs is criminal prosecution for same-sex relationships, injecting drug use and sexual services,” - the Guterres report said on Tuesday.
Thus, according to the UN Secretary General, in 68 countries of the world there are still laws and regulations that criminalize same-sex sexual relations.
“In 17 countries, transgender people are being prosecuted. In 116 countries, the services of prostitutes are considered crime, and in 33 countries they are executed for drug-related crimes. All these measures are driving people underground. They are afraid to seek help, be tested. This means that the virus is detected at a late stage, treatment begins late, many do not comply with the treatment regimen and thereby increases the risk of spreading the disease,” - says Guterres.