Tokayev to pay state visit to China in September 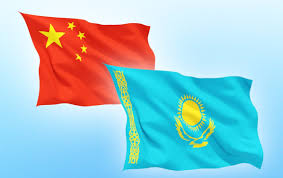 Astana. July 17. KazTAG - Kassym-Jomart Tokayev, President of Kazakhstan, will pay  a state visit to China in September.
"Within the frameworks of the state visit of President of Kazakhstan Tokayev to China on September 11-12 the draft agreement will be signed (on provision of a super-computer by the Government of China to Kazakhstan on gratuitous base-KazTAG)," reads the draft decree of the Government on approval of the draft agreement on super computer.
Kazakhstan is preparing to sign an agreement with China on a super computer worth over 6 bn tenge. The super computer will be transferred for creation of an IT-park "alliance of universities of New Silk Way" on the base of the Kazakh national university named after al-Farabi.

Number of coronavirus cases reached 294 in Kazakhstan Airport of Nur-Sultan will suspend all flights from April 1 Why we? We are also shocked!