Trump claims he loses 'massive amounts of money' being president 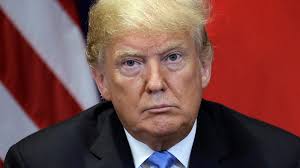 Almaty. February 1. KazTAG - President Trump said in an interview that he has “lost massive amounts of money” while serving in the Oval Office.
Trump made the remark after reportedly scoffing at the idea that he has made money from his presidency during an interview with The New York Times released on Thursday.
"I lost massive amounts of money doing this job,” he told The Times. “This is not the money. This one of the great losers of all time.”
“You know, fortunately, I don’t need money,” he continued. ”This is one of the great losers of all time. But they’ll say that somebody from some country stayed at a hotel. And I’ll say, ‘Yeah.’ But I lose, I mean, the numbers are incredible.”
However, the president also pushed back against talks that he may not run for reelection in 2020, saying: “I love this job.”
Trump’s comments come as he continues to face scrutiny over ethics concerns related to his business ties since the early days of his campaign.
Shortly before taking office in 2017, he announced he would not sell his business – as he had been advised to do by many ethics experts at the time due to possible conflicts of interests – upon entering the Oval Office.
He instead placed his holdings in a trust to be run by his two eldest sons, Donald Trump Jr. and Eric Trump, which he can also revoke at any time.
The president broke precedent at the time by not fully divesting from his businesses before being sworn in.
Earlier this year, a watchdog group estimated that Trump had more than 1,400 conflicts of interests in his first two years in office.