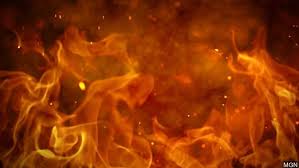 Astana. April 2. KazTAG - Two children have fatally poisoned with carbon monoxide inside their house in a village located not far from Semey, said Nursultan Nurakhmetov, official representative of the emergency situations committee.
"The firefighting service was reported about a fire on April 1 at 14.19 in a village in the suburbs of Semey. Furniture caught fire in a living room at 5 sq.m territory in a flat located on the first floor," he said.
Firefighters discovered the bodies of two children born in 2012-2015.
"According to preliminary data they got poisoned with carbon monoxide. Parents were not at home. The fire was liquidated at 15.12," he said.