US official: No extension to oil waiver 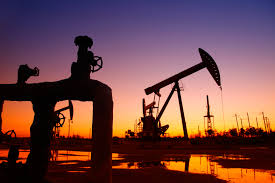 Almaty. February 6. KazTAG - A senior US official says the Trump administration has no plans to extend the grace period currently in place before sanctions against Iranian crude-oil imports begin in May, reports NHK.
Brian Hook was speaking to NHK on Monday. He handles Iranian issues at the US State Department.
He urged countries to stop buying oil from Tehran, saying: "What we have announced is the policy to get to zero imports of Iranian crude as quickly as possible. We are not looking to grant any future waivers or exceptions to our sanctions regime, whether it is oil or anything else."
Hook added that the grace period was designed to prevent a spike in oil prices if the supply of crude falls sharply. He said he expects there will be enough to satisfy demand throughout the year.
The US government re-imposed sanctions in November after it unilaterally pulled out of the international nuclear agreement with Iran.
Japan and seven other countries were given a 180-day waiver until May, allowing them to import oil from Iran before the sanctions begin.

TCO hosts a forum for training service providers Prize fund for prize winners of Deaf Olympic Games in Italy makes more than 1 bn tenge Why we? We are also shocked!