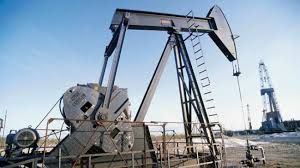 Almaty. May 27. KazTAG - The United States introduced 90 days to Iraq on the import of Iranian gas, Al-Monitor reported.
According to the US Charge d'Affaires in Iraq, Joey Hood, "the exclusion will not continue indefinitely, so the United States is working with Iraq to reduce its dependence on Iran".
Reportedly, this statement was made a week after Iraqi Oil Minister Tamer al-Gadhban stated that Baghdad was ready for a gas shortage, but hoped that such a situation would not happen.
It is noted that the director of the National Iranian Gas Company, Hassan Montazer Torbati, reported an expected increase in exports to Iraq, which is expected to reach 40 million cubic meters per day, having increased by almost 12 million cubic meters.
According to the representative of the Ministry of Energy of Iraq, Musab al-Moudarres, Iraq will increase gas imports for electricity production from 35 to 38 million cubic meters, starting in June.
It is noted that Iraq is currently considering the possibility of purchasing electricity from Saudi Arabia and is seeking to develop gas fields to meet its own needs, but it will take 1-2 years to implement these plans.
According to the publication, Iraq has almost 131 trillion cubic feet of gas reserves, but up to 700 million cubic feet of it are burned daily for nothing.