We have identified provocateur of massacre in Korday region - MIA 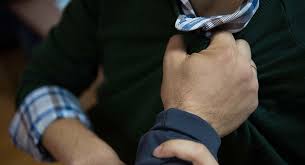 Astana. February 9. KazTAG - We have identified the provocateur of the massacre in the Korday district, said Alexey Kalaichidi, Vice Minister of Interior Affairs.
"We have identified the author of the message who provoked the conflict. The most awful thing, he put bad comments under it. It was the reason why young people joined the fight," he said.
"Nobody tried to find out what was going in," he added.
He marked police cannot be based on the evidences of one person.
"The conflict spread on several villages. We have to interrogate all the participants of the conflict. Make a base of facts, estimate it and analyze. We have to reveal the role of each person in this conflict," he said.
He said the police have found the provocateurs also from other regions " who were spreading the message".
"There were people who were not involved in the conflict but decided to show themselves in the social networks. Such posts results in such consequences," he added.