Wind farm worth $1.9 billion with electricity accumulation is going to be built in Zhambyl region 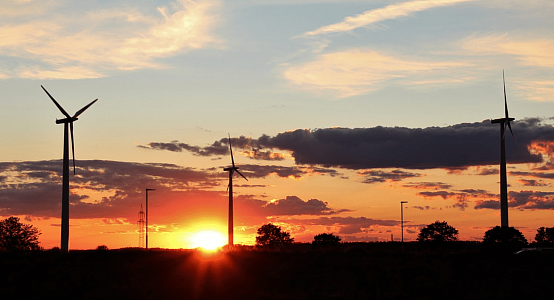 Taraz. December 1. KazTAG - A wind farm worth $1.9 billion with the accumulation of electricity is going to be built in the Zhambyl region, reports the press service of Samruk-Kazyna.
“The power plant worth $1.9 billion with a capacity of 1 GW will be launched in 2026-27 in the Zhambyl region. It will increase the total capacity of renewable energy facilities in our country by 1.5 times. For the first time in Kazakhstan, a renewable energy station will be supplemented with an electricity storage system, which will smooth out the natural fluctuations of renewable generation,” the report says.
An agreement on this was signed today in Paris between Samruk-Kazyna (20%), KazMunayGas (20%) and Total Eren (60%)
The signing took place at the Kazakh-French investment roundtable, which took place during Tokayev's visit.