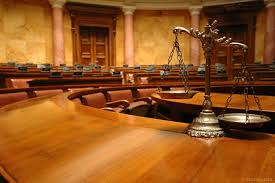 Almaty. February 13. KazTAG - The witness of the traffic accident with Gelandewagen in Almaty said she saw two people helping the "culprit" to escape from the scene.
"I was driving southwards down Seifullin avenue on December 29. All the cars stopped on the red light when approached Abay avenue. I was standing behind Mitsubishi Galand. There was a bus on the left from me. In fact, the bus driver also contributed into the emergency situation as he closed the view from the left. The danger was simply not seen. As soon as we started moving on the green light behind the bus, the black Geandewagen appeared in front, the accident occurred right in front of my car. My car swayed, wreckages started falling on my car. I left the car in front of the intersection and ran towards the scene calling ambulance. Six minutes passed, I called the ambulance again, it wasn't there for about 10 minutes," said Yelena Nikonova, eyewitness in the court's room.
She said people started running to the scene trying to help the victims and she did not pay attention to the driver of the offroadster.
"When I called the ambulance for the second time I looked to the left and saw two people dragging another guy wearing light clothes. The one who was in the middle could hardly walk. After a couple of minutes everyone started looking for the driver of the offroadster: "Where is the driver?" I said" He seems to have walked upwards". A couple of guys ran there, but they escaped," she added.
She added she was not sure that they were dragging the defendant, but marked "all the passers-by ran to the scene, while these guys were leaving, and not on the walkway, but climbing through the fence from the side of Geandewagen".
She added in the time of interrogation she did not have a chance to see the record from the cams.
"I asked the investigator to show me the record to prove what I saw. For some reasons he showed me only some shots, and those moments that I am talking about were not seen there," she added.
Answering the question of Roman Selitskiy, judge, if she saw the defendant helping the victims, the woman said she didn’t.