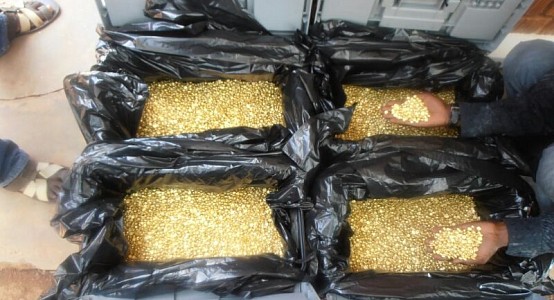 Almaty. May 22. KazTAG - Almost 11 kg of contraband gold was attempted to be imported to Kazakhstan from Turkey via Shymkent airport, Otyrar.kz reports.
“The fact of smuggling of gold products was stopped at the airport of Shymkent. Confiscated good amounted to 82.122 million tenge,” - said Dauren Turgunbaev, senior detective for particularly important cases of the Department of Economic Investigations of Shymkent.
He reported that the withdrawn gold weight is 10,728 kg.
“A 33-year-old man was transporting undeclared gold jewelry from Turkey and was detained at the Shymkent airport. According to the department’s staff, the detainee has been engaged in smuggling of gold for several years,” - noted in the statement.
Guilty man is detained and gold is confiscated to the state revenue.