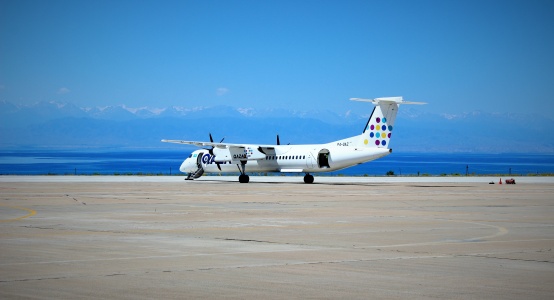 Almaty. June 20. KazTAG - Charters from Almaty to Issyk-Kul will be launched on July 1, reports the press-service of Qazaq Air.
"The regional air company Qazaq Air jointly with Kompas tour operator is launching the charter program to the Issyk-Kul lake," reads the message.
"The direct flight from Almaty to the international airport Issyk-Kul located in Tamchy village will be launched on June 1 2019, the flight duration not longer than 40 minutes," reads the report.